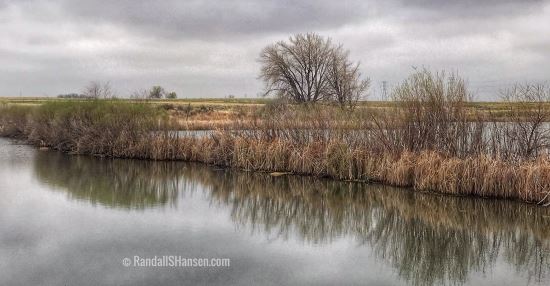 This stop was mainly about being close to the Denver airport so that we could take a weekend trip back to San Diego to celebrate the life of Jen’s mom… which was a beautiful and moving time with family and friends… and all of mom’s flowers and shrubs were in full bloom in her honor!

But sometimes God leads us to interesting places… including a campground in an odd, dead cell zone and with such bad WiFi that it forced us to do some of our work in the campground’s laundry-room, which had the best signal… and which led Jen to discover something amazing in the Denver area while reviewing a collection of local tourist attractions: a donkey rescue center.

As some of our readers may know, we have discovered burros (and donkeys) are our spirit animals — and we have been amazed how often we have found them along the many, many miles of our trip — out in the wild, in fields protecting sheep and goats, and now in a shelter for abandoned or abused donkeys.

For our Christian readers, Jen discovered the legend/story of why donkeys and burros have a cross along their backs and shoulders — and it now makes even more sense why these animals mean so much to us: it is said that a donkey was present at the crucifixion of Jesus Christ, and appalled by such a horrible act to Christ by the Romans/Jews, the donkey turned away — but could not leave — and the shadow of the cross fell upon its shoulders and back… and ever since, a cross marking (often in black) can be found on donkeys thousands of years later — a testimony of the love and devotion of these humble, beautiful creatures.

The Longhopes Donkey Shelter, located 30 miles east of Denver in Bennett, has been a nonprofit organization since January 2000, but began in 1998 when the founder, Kathy Dean, went looking for her own donkeys, but found many unwanted donkeys went straight to slaughter at local sale barns. Wanting to offer an alternative, she decided to build a facility that would take in unwanted donkeys that could be housed, rehabilitated, and trained until a new owner was found. Longhopes was the first U.S. donkey shelter to be accredited by the Global Federation of Animal  Sanctuaries, and is a member of the Colorado Nonprofit Association. Since its inception, almost 1,000 donkeys have been rescued! Their mission is: Rescue. Rehabilitation. Rehome.

We scheduled a two-hour walking tour — which we highly recommend to donkey (and other animal) lovers. The tour included excellent information about donkeys and their history of use in mining in Colorado, as well as meeting almost all of the donkeys in the facility… we met with young ones, old ones, fat ones, miniature ones, and mammoth ones… even a few with special needs, and all of them rescued from adverse situations. Jen and Ran both met donkeys that almost would not let them leave, nuzzling and blocking them — wanting more love and scratches! It was hard to leave when the tour ended!

Many of the donkeys housed here are up for adoption, and all are up for being sponsored… and, of course, donations are always accepted — and fully tax-deductible. If you are local, you can also volunteer at the shelter. (Some special-needs donkeys become permanent residents of the shelter.)

After the tour, we stopped in the gift shop and left with a modest handful of donkey goodies, including tee-shirts and a magnet.

While in the area, we also hiked the Richmil Ranch Open Space, which offers sweeping views of the eastern plains — and trails for hiking, biking, and horseback-riding. East Bijou Creek runs seasonally through the property, but was dry when we hiked the park. We hiked the full 2.4-mile loop trail, but you can also opt for a shorter loop. While there, we met two fellow hikers who suggested we also visit a nearby national wildlife refuge with a very interesting history.

Thus, our final visit on this stop was to the Rocky Mountain Arsenal National Wildlife Refuge, a rare “urban” wildlife refuge, located just 10 miles from downtown Denver, not far from Denver International Airport. This 15,988-acre park managed by the U.S. Fish and Wildlife Service has an unusual — and a bit scary — history: In the early 1940s the U.S. Army bought 17,000 acres of then-pristine farmland and prairie outside of Denver to develop chemical weapons to be used as a war deterrent during World War II. After the war ended, the government leased the land to Shell Oil Company, which began producing agricultural chemicals; later, the facility was used for Cold-War weapons production and demilitarization. All parties desecrated the ground soil… and in the early 1980s, the Army and Shell began an extensive environmental cleanup under the oversight of federal, state, and local regulatory agencies.

In 1992, the U.S. Congress passed the Rocky Mountain Arsenal National Wildlife Refuge Act, designating the site as a future refuge.  After the massive cleanup efforts, the refuge finally opened in 2004. It is now a sanctuary for more than 330 species of animals, including bald eagles, bison, black-footed ferrets, deer, coyotes, prairie dogs, raccoons, burrowing owls, and migratory waterfowl. (The bison were brought in in 2007 from the National Bison Range in Montana and housed in a fenced 1,400-acre section of the refuge.)

The refuge offers 10 miles of short hiking trails and a self-guided, 11-mile long wildlife drive auto tour that allows you to see the bison. Fishing is also permitted. We decided to hike along both Lake Mary and Lake Ladora, which both offer loop trails (.6-mile and 1.8-mile respectively). The other trails include hikes through prairie and woodlands.

Next up, we travel to our last stop in Colorado — Colorado Springs.