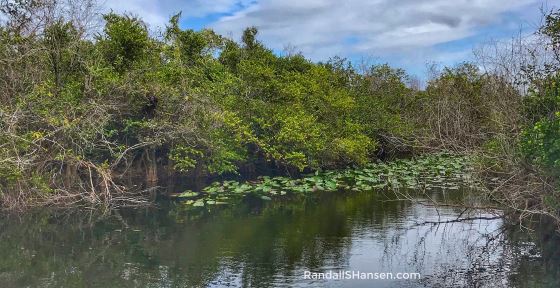 Our time in South Florida was mostly focused on the national parks, but we did make a few side trips worth mentioning, including a little wine-tasting and a trip down the Keys all the way to Key West.

During our travels, we have experienced mostly grape wines in our tastings — along with a few fruit wines, including rhubarb, blueberry, strawberry, and raspberry… but in Florida, we tasted perhaps the most unusual fruit wine of all: avocado!

As soon as we read that Schnebly Winery, located in Homestead, had wines produced from avocados, we were sold on the idea of a tasting. The goal of the winery is sustainable agro-tourism, with a winery, brewery, and (farm-to-table) restaurant! Their wines are made from only the finest local fruit. Each mango, lychee, guava, passion fruit, avocado, and Carambola is picked for optimal fermentation.

They are open daily and offer both tours and tastings — for a fee. The tasting fee includes one of the best wine glasses we have been offered during this trip — as well as five wine tastings. We tried both the dry and sweet avocado wines, as well as the Beach Rose, CocoVino, Kiss of Passion, Cat 2 Hurricane Red, Cat 3 Hurricane, and Sparkling Passion. We left with our fine wine glasses and a bottle of the Sweet Avocado (which will be good with eggs) and CocoVino.

We then headed down to the Keys — the first time for both of us. The Keys extend in a southwest direction from the Miami area and lie along the Florida Straits — dividing the Atlantic Ocean to the east from the Gulf Of Mexico to the northwest. While there are more than 1,700 islands in the Keys, they are categorized into Lower, Middle, and Upper Keys.

As we have witnessed countless times on this trip, people with money often attempt feats that seem nearly impossible and Henry Flagler (founder of Standard Oil along with John D. Rockefeller, and known as the father of Miami) is no exception. In the early 1900s, he decided to extend his Florida East Coast Railway all the way down to Key West — to extend the development potential of South Florida — and, amazingly, the line was completed in 1912. Sadly, just a bit more than two decades later, the bridges were heavily damaged by the Labor Day Hurricane of 1935. Happily for all of us who like to drive, the state purchased the right-of-way from the railroad and built and rebuilt bridges for what would become known as the Overseas Highway, part of U.S. 1; it includes 42 bridges, with one getting special notation as Seven Mile Bridge, which connects Marathon in the Middle Keys to Little Duck Key in the Lower Keys.

The drive to the Keys starts with Key Largo and continues for just a bit more than 100 miles to Islamorada to Duck Key to Marathon to Big Pine Key — until you finally reach Key West. Because the drive is long — and because a friend suggested a place to stop — we took a break to walk around Duck Key (around mile-marker 61), where we enjoyed many pelicans and some beautiful vistas of the clear aquamarine water.

Each Key has its own persona. Key Largo is all about the water and coral reefs at John Pennekamp Coral Reef State Park. Islamorada is the most popular Key and it is all about sport-fishing and bars and restaurants. Marathon Key is all about families — and has something for everyone in the family, from boating to snorkeling to golfing. Big Pine Key is the Natural Key — and offers hiking and other things for nature lovers, including the native Key Deer, a subspecies of the whitetail deer. Key West is home to beautiful pastel homes and buildings, Ernest Hemingway and culture (including numerous galleries and museums), but today is more known as the Party-All-Night Key — and it sure felt a bit like New Orleans when we visited.

Our mission was an overnighter in a nice Key West hotel — while our trailer stayed back in Homestead. There are several RV parks in the Keys, but you have to reserve far in advance (one even uses a lottery system) and they are overpriced.

We had heard and seen plenty about Key West… and we definitely had fun walking around the town, walking along Truman Street and Duval Street (the town’s main drag, running north to south), filled with bars, gift shops, and places to buy Key Lime goodies… as well as standing by the buoy marking the Southernmost Point in the Continental U.S. — located on the corner of South Street and Whitehead Street, just a few blocks from Duval. It was established as a tourist attraction in 1983 and we can attest that today it is one of the most photographed spots in Key West… with a line that rivaled a Disney attraction the day we visited it. (Cuba is roughly 90 miles south of this point in Key West.)

We had planned to take a sea-plane to Dry Tortugas National Park the next morning — and the weather finally looked promising — but the seas were still too rough from one of several odd winter storms that had canceled trips for most of the previous days.

Instead, we decided to explore more of Key West by visiting the Ernest Hemingway Home and Museum. Ernest Hemingway is certainly one of the icons of American writers — and while he had not planned on living in Key West, he did so for several years, from 1928 to 1939. He first lived in an apartment with his wife Pauline, but later bought the house (with the help of his wife’s wealthy uncle) that is now the museum. (The house was originally built by Asa Tift in the mid-1800s.) During his time here, Hemingway wrote several of his well-known novels, including: A Farewell To Arms, Death In The Afternoon, and To Have and Have Not, as well as a collection of short stories, Winner Take Nothing. But what he really loved about the Key West area was the sportfishing and the laidback drinking in bars like Sloppy Joe’s. Because the house stayed in the family, many of the pieces are original to Hemingway’s time here — including his writer’s studio.

The most unique aspect of the house today is that cats dominate the property — and are the only animals allowed to sit on the furniture. These nearly 40-50 polydactyl (six-toed) cats that live on the property — each with their own name paying homage to famous cultural icons such as Joan Crawford, Gertrude Stein, Charley Chaplin, Harry Truman — are mostly descendants of Snow White, a white six-toed cat given to Hemingway (at his request) by a ship’s captain. Besides the cats, the property is unique for being one of the first on Key West to have an upstairs bathroom with running water (fed from a rain cistern on the roof), as well as a full, in-ground swimming pool.

The house sits almost directly across from the Key West Lighthouse, which Hemingway liked — saying he could always find his way home from a night drinking because of it. The 73-foot Key West Lighthouse, completed in 1849 (replacing an earlier one destroyed by a hurricane in 1846), remained in
operation until 1969 when it was declared obsolete and deactivated; the lighthouse was originally about 50 feet tall when constructed in 1849, but two times in the late 1880s, more height was added to it. The lighthouse (and museum) are available to tour for a fee, but we decided to just admire it from the street.

We had planned to stop at a few state parks in the Keys on our way back to the RV park, but discovered a beautiful, sunny Christmas Eve drove folks to the state parks — so our first planned stop at Bahia Honda State Park quickly changed when cars were lined up onto the highway trying to enter the park.

The park is still recovering from Hurricane Irma, but it is open for boating, fishing, snorkeling, birding, bicycling, and camping. There’s also a short nature trail, partly along the old route of U.S. Highway 1.

We did stop to admire the abandoned and derelict Bahia Honda Rail Bridge (from the south, on Spanish Harbor Key), which was originally built for Flager’s Railroad and later converted for car travel — before the newer, better Bahia Honda Bridge opened in 1972. Several spans of the old bridge were removed to allow boat travel… otherwise, you could walk right into Bahia Honda State Park via the old bridge.

Still looking for a decent hike to break up the long drive, we decided to stop at Long Key State Park, a 965-acre park located at mile marker 67.5 that opened in 1969. Long Key was one of many of the Florida Keys that benefited greatly from the railroad — Flagler’s upscale Long Key Fishing Camp became a mecca for the world’s great saltwater anglers and the rich and famous (including presidents and other dignitaries)… until it was destroyed, along with parts of the railroad, by the Labor Day Hurricane of 1935. The one silver lining of the sad damage from 2017’s Hurricane Irma is that the flooding storm surge uncovered some of the railroad’s original ties cutting right through the state park.

We hiked the 1.3-mile Golden Orb Trail, which is named after a native spider. This loop trail is quite easy and goes through a mangrove swamp (which was terribly damaged by Hurricane Irma and just now coming back), a Coastal Berm along the Atlantic Ocean (where Ran finally got his feet wet), a Salt Pan, and a Hardwood Hammock. Do also hike the very short Long Key Side Track to learn more history of the Overseas Railway and see the remnants. Other activities at the park include camping, picnicking, fishing, birdwatching, and snorkeling.

The other state park that one should visit — especially if you enjoy snorkeling — is John Pennekamp Coral Reef State Park, the country’s first undersea park and which encompasses 70 nautical square miles. You can take a glass-bottom boat tour — or get a closer look by scuba diving or snorkeling. Canoeing and kayaking through the park’s waters are also popular; fishing is permitted in designated areas. There’s also a visitor center.

After arriving back at the RV park, we packed up and prepared for our next adventures — and the final ones in the everglades — when we traveled to Naples, on the southwest side of Florida.